Back in the early 90s, ORACLE’s teen section Buzz ran a long-running teletext serial in the form of a journal: Debbie’s Diary.

Now, 28 years later, former Buzz editor Gareth Herincx has been back in touch with Debbie to find out what she’s up to now… 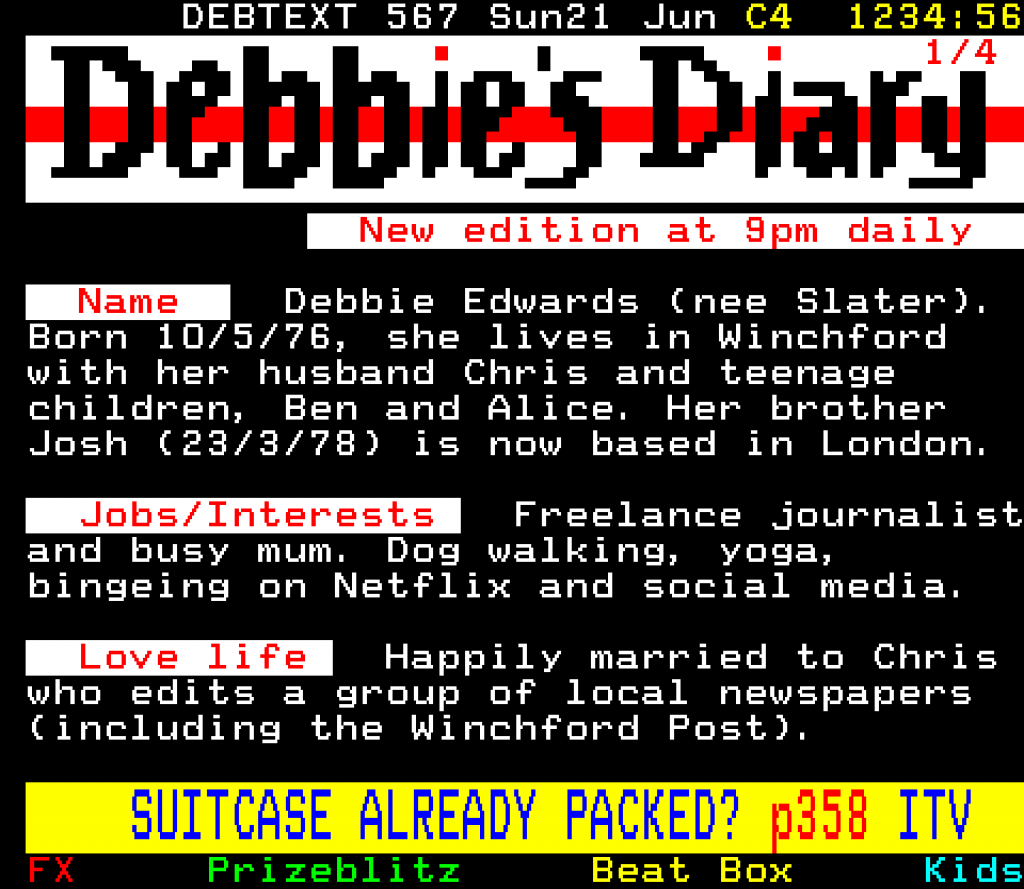 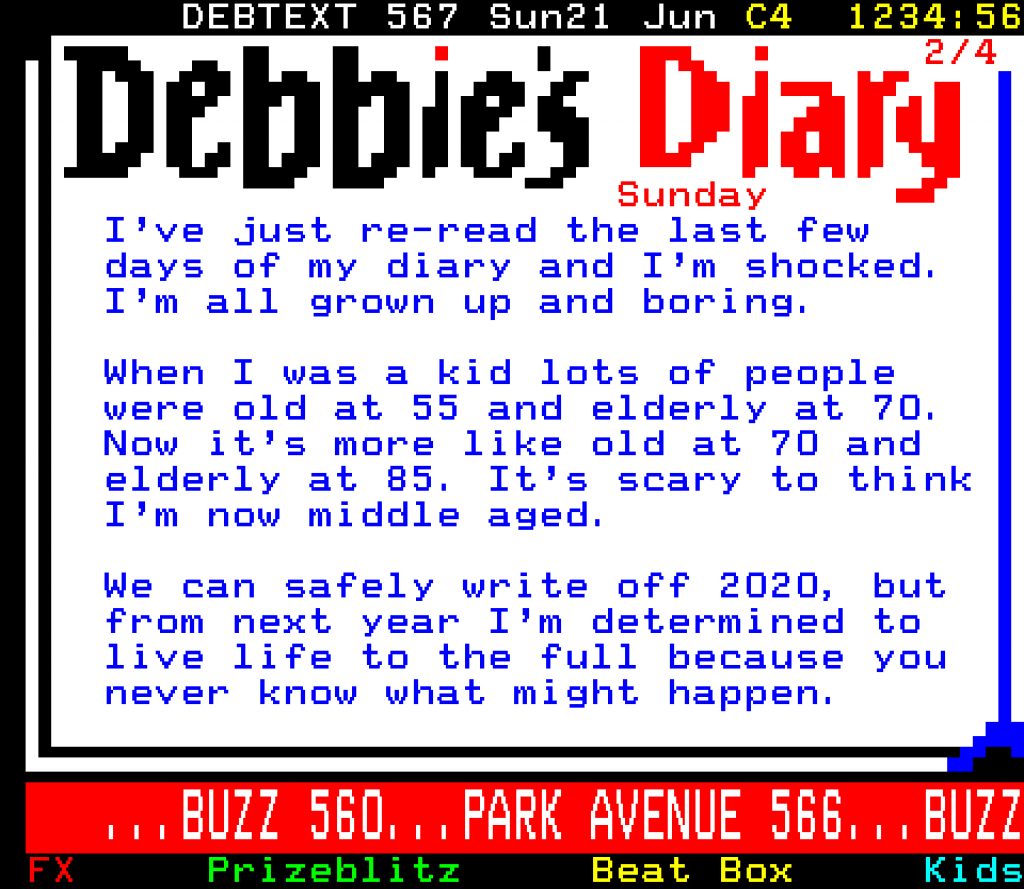 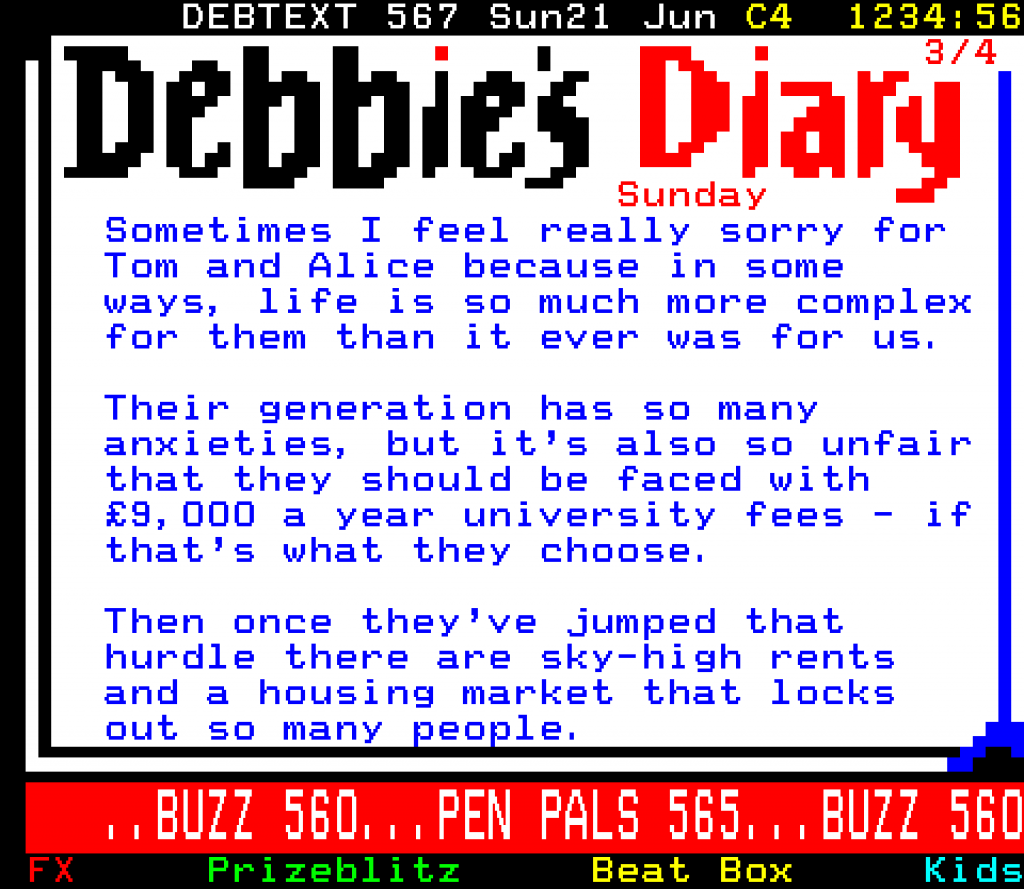 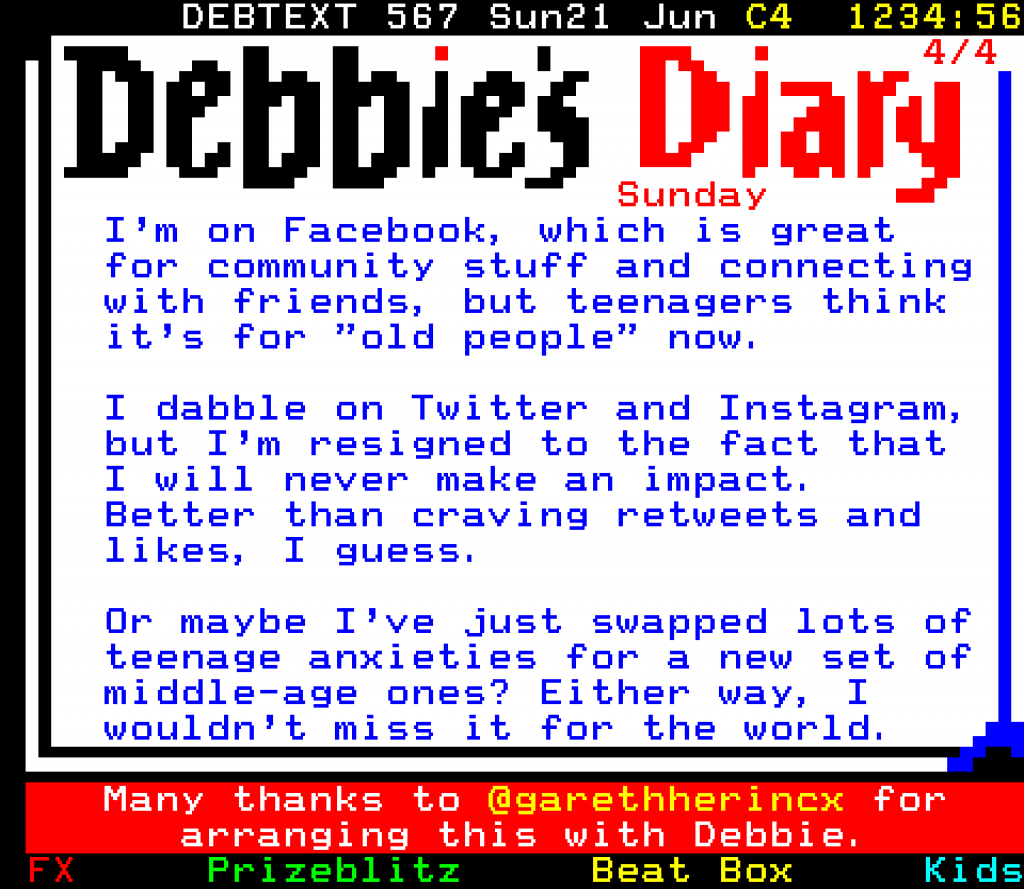 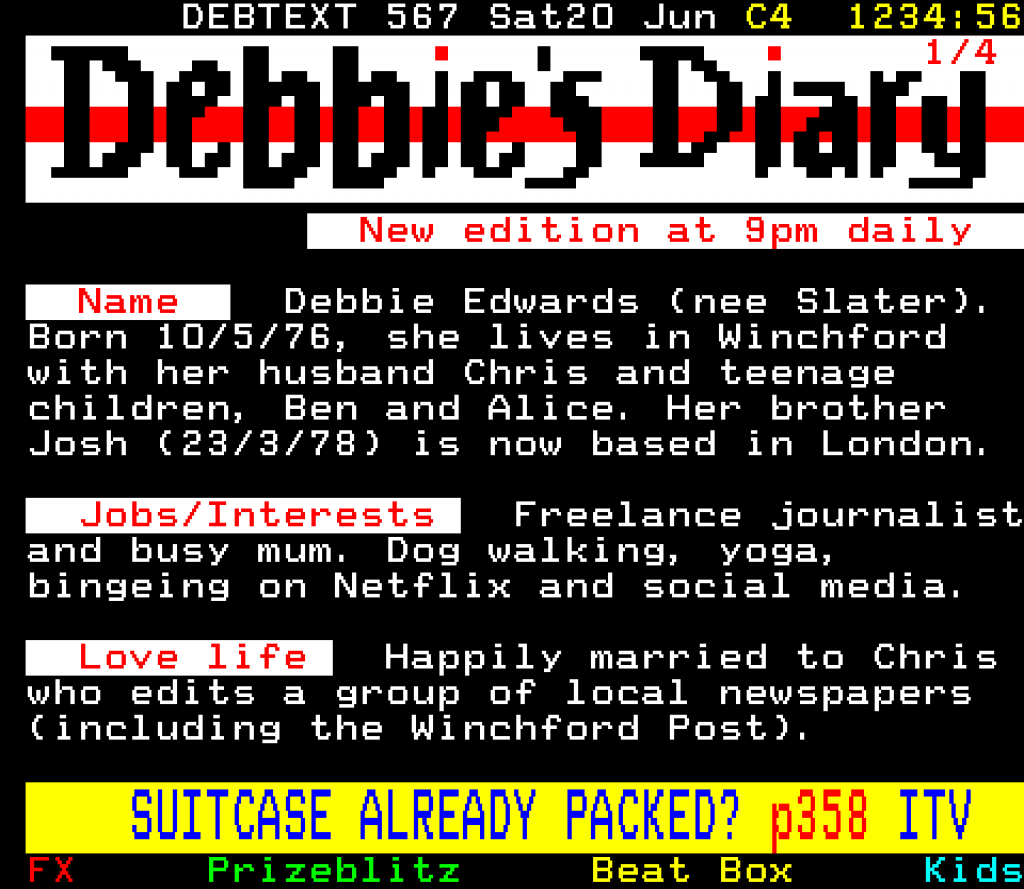 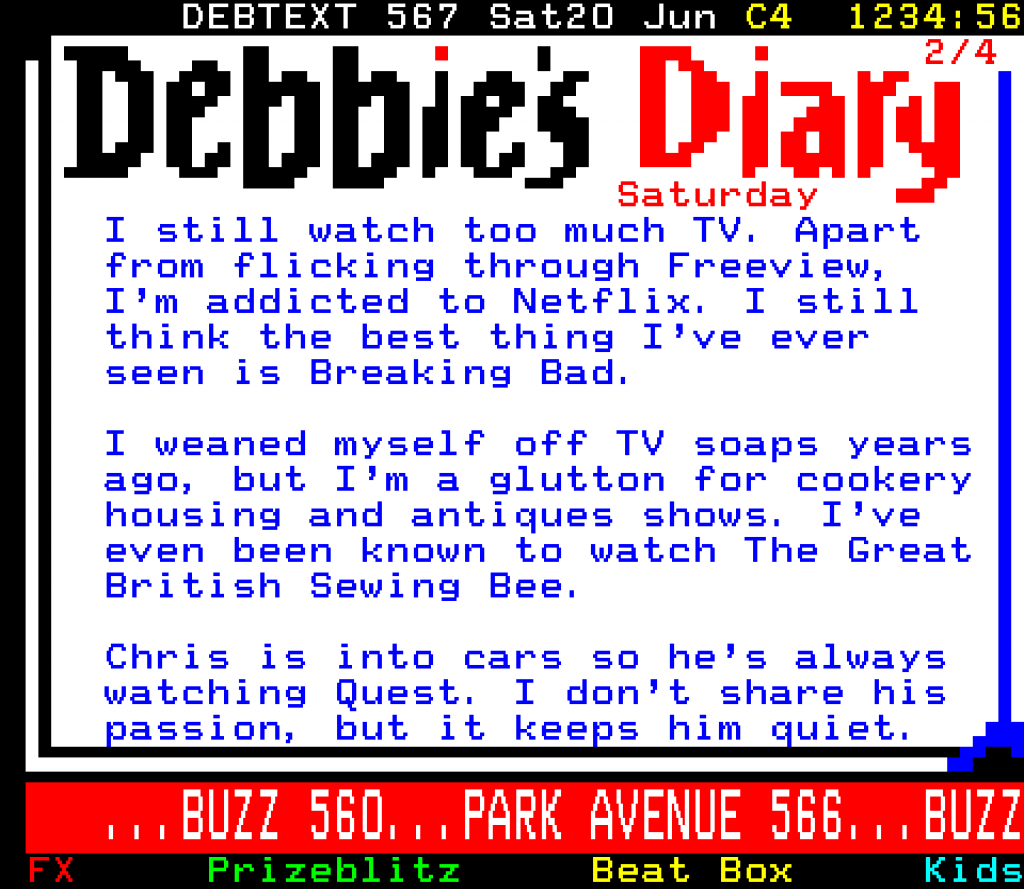 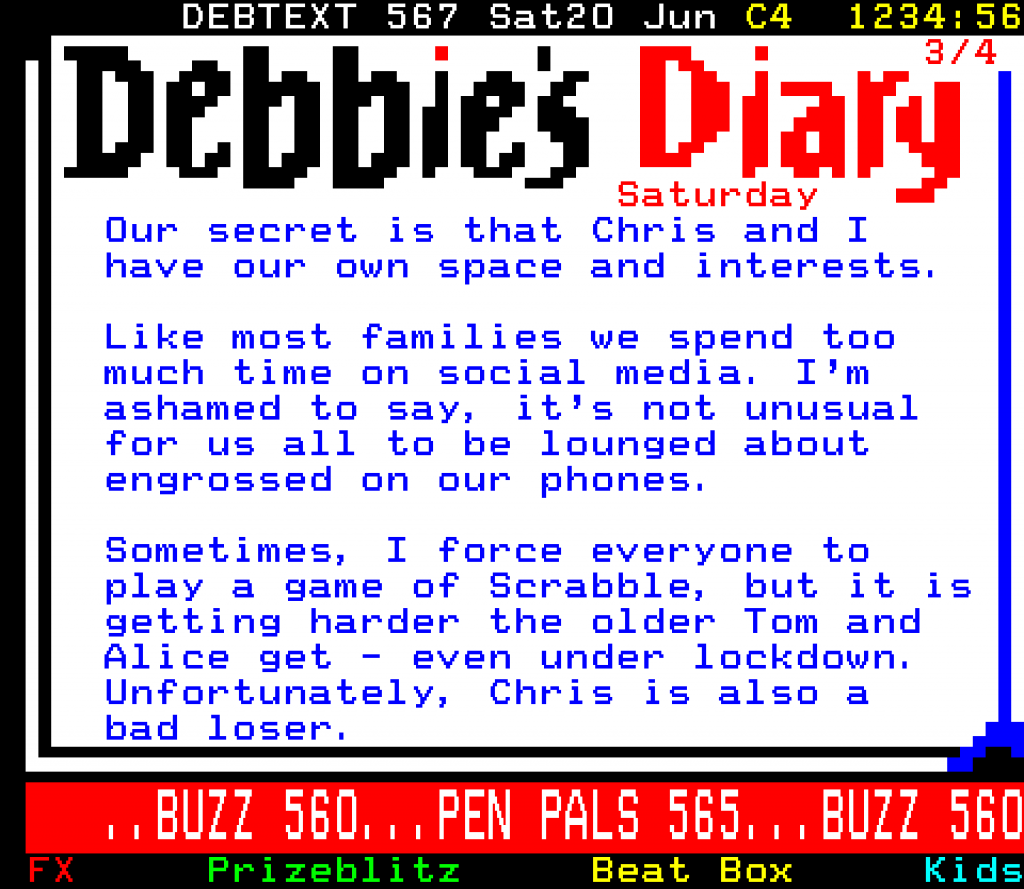 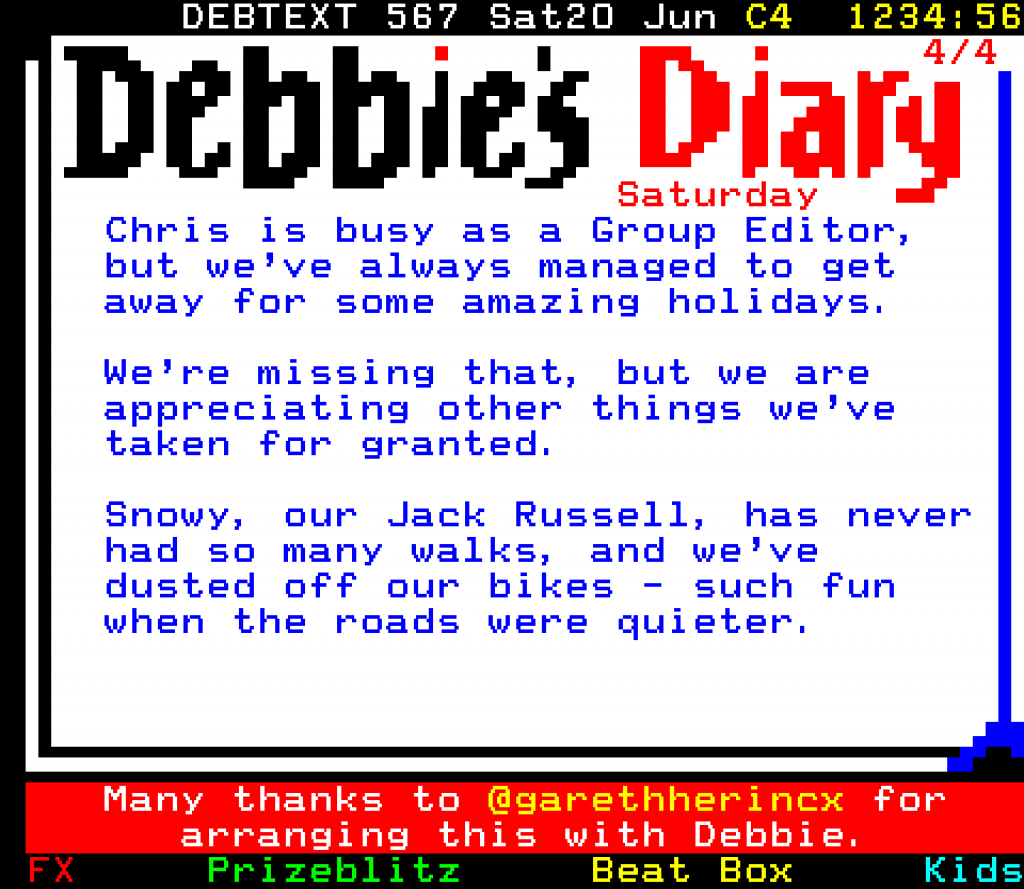 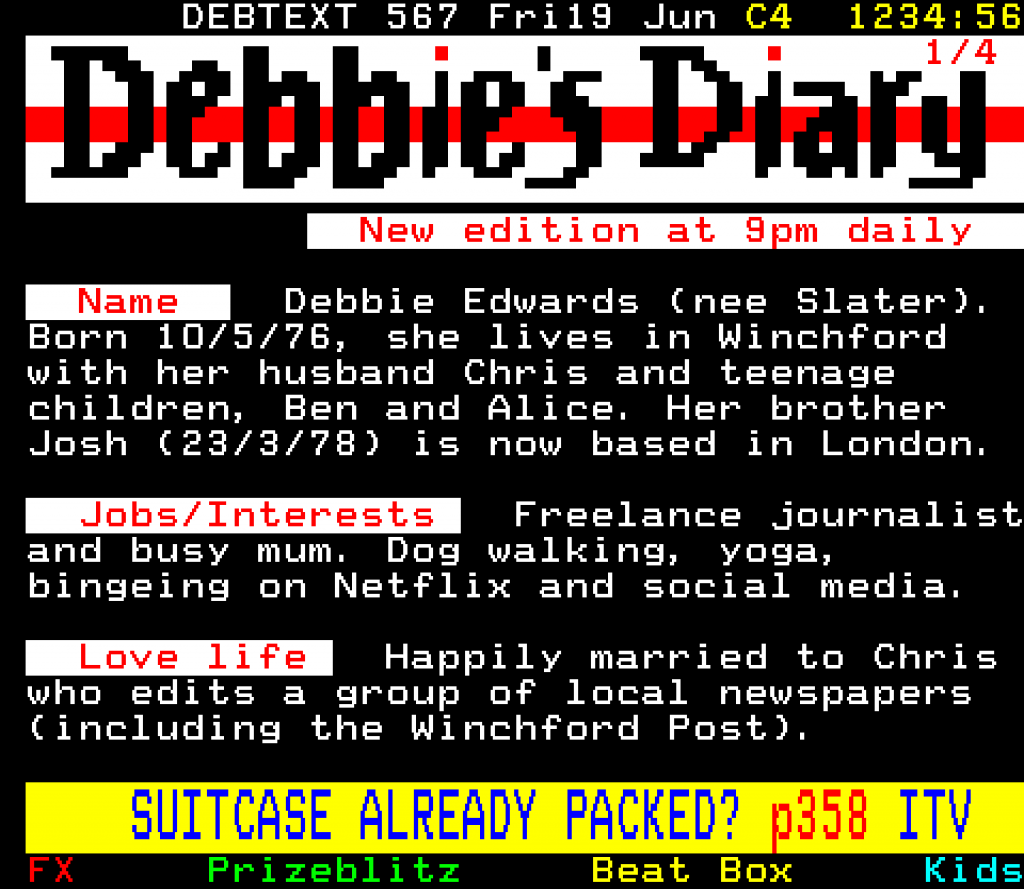 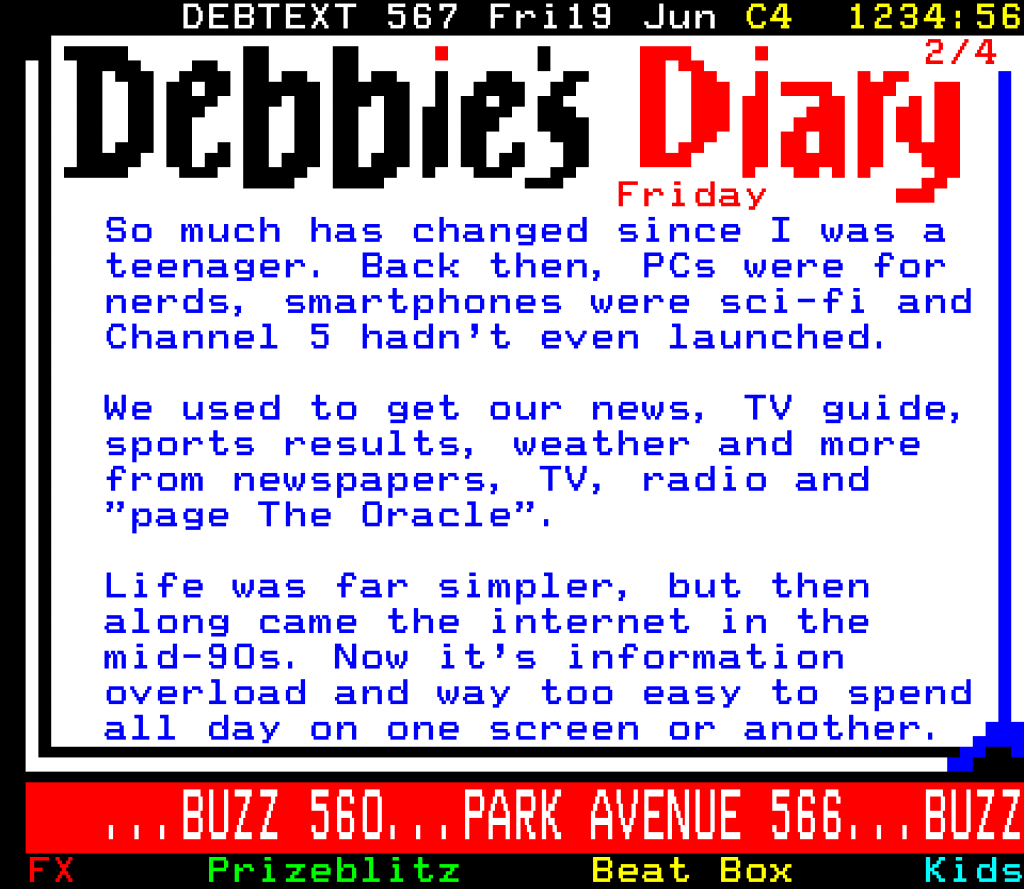 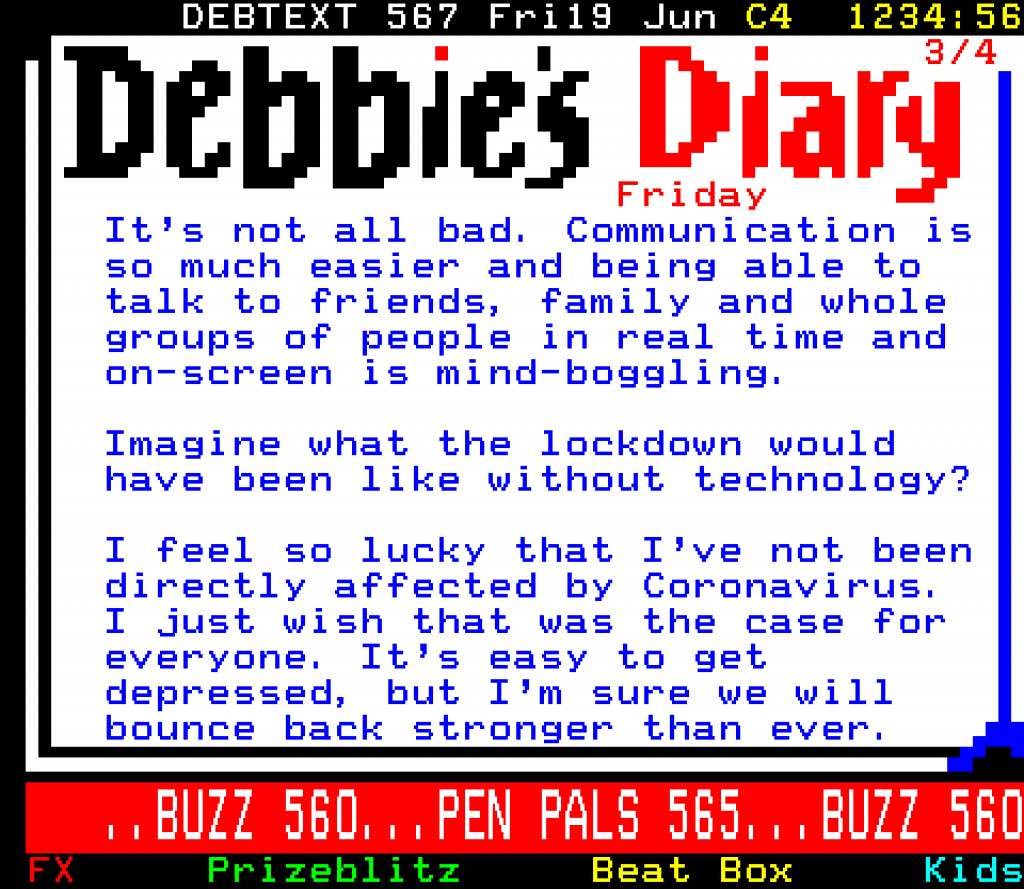 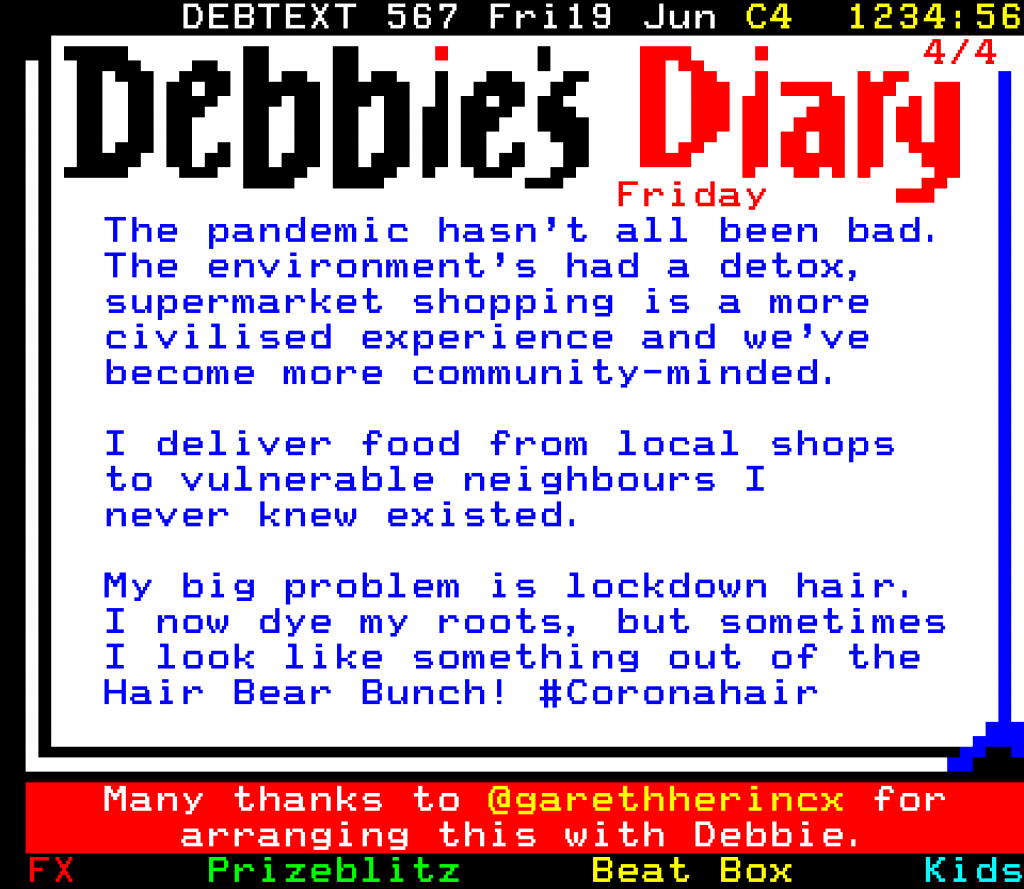 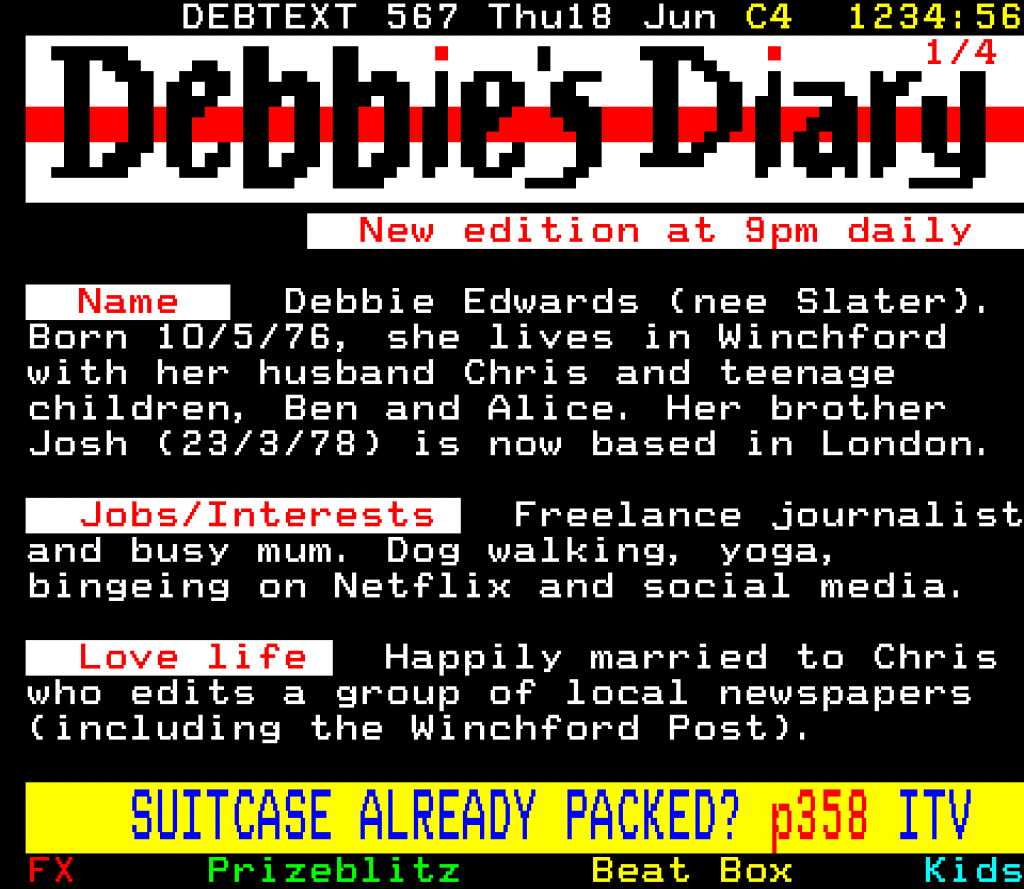 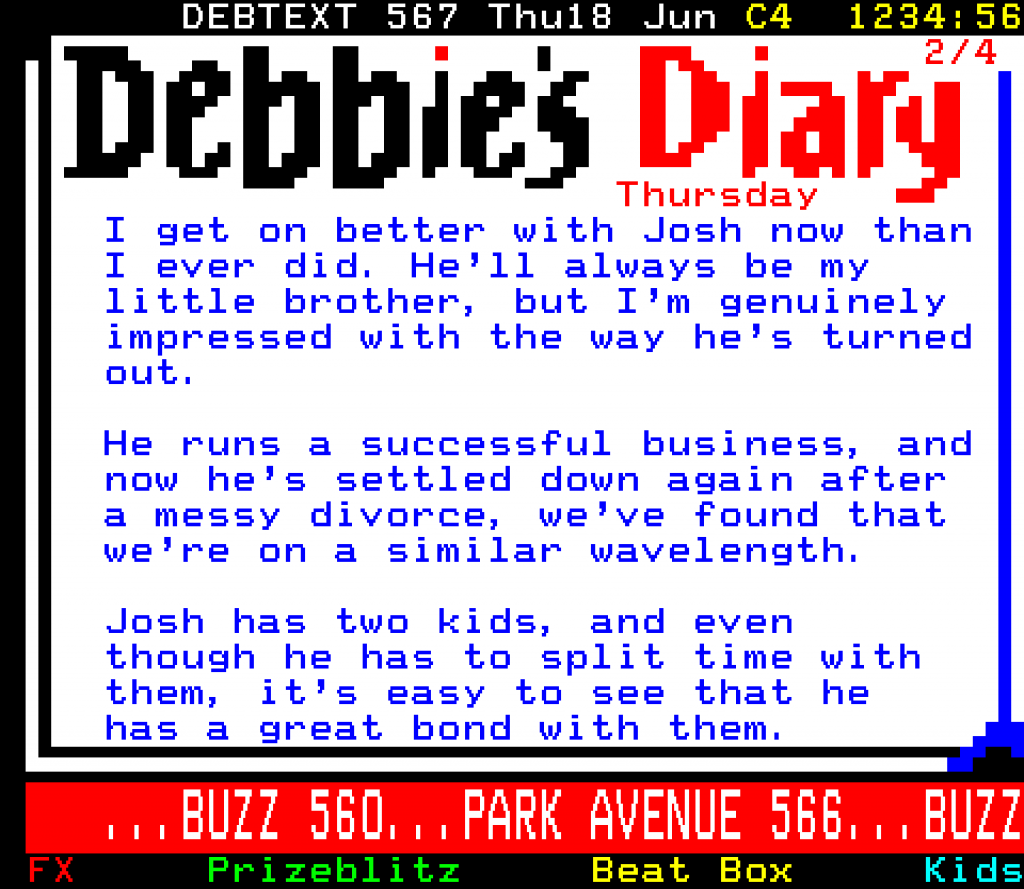 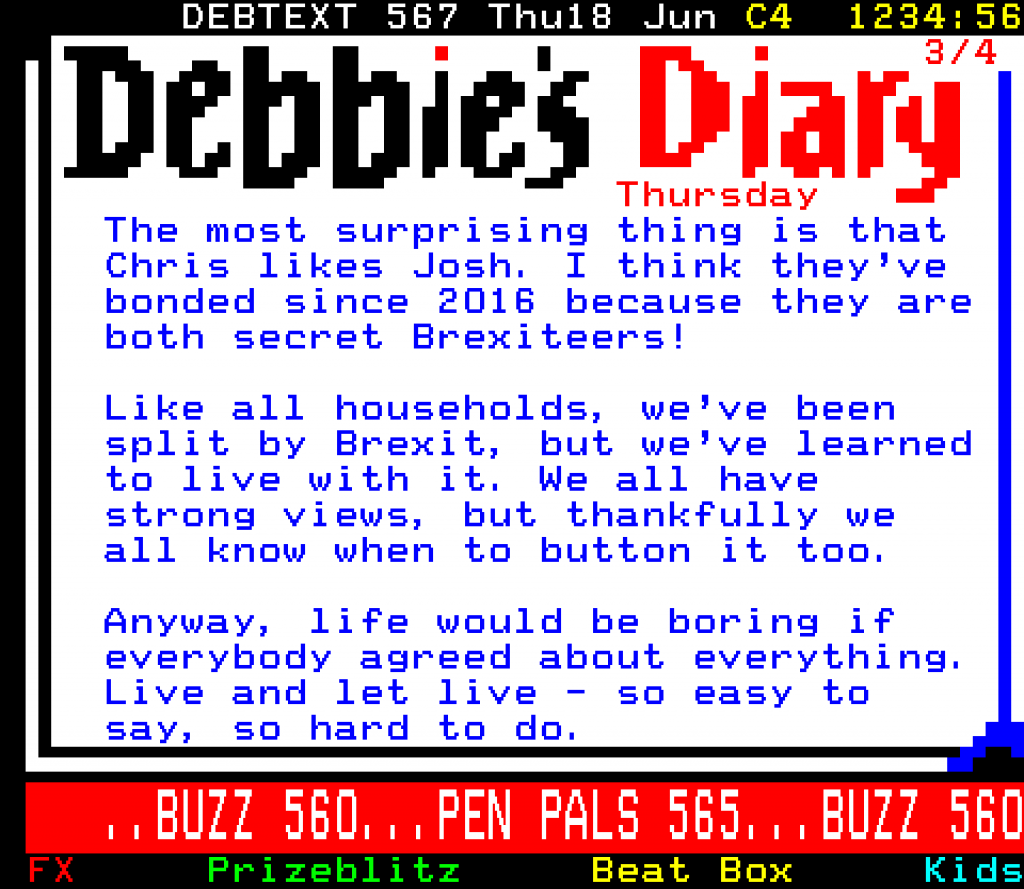 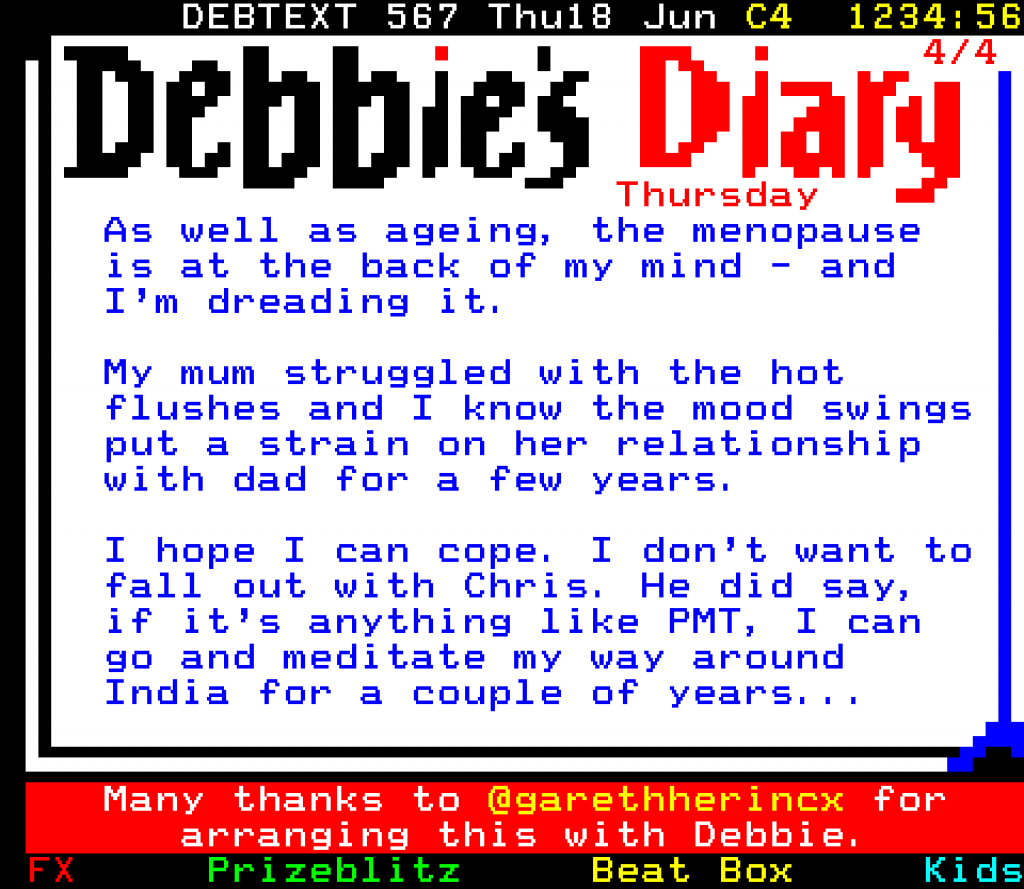 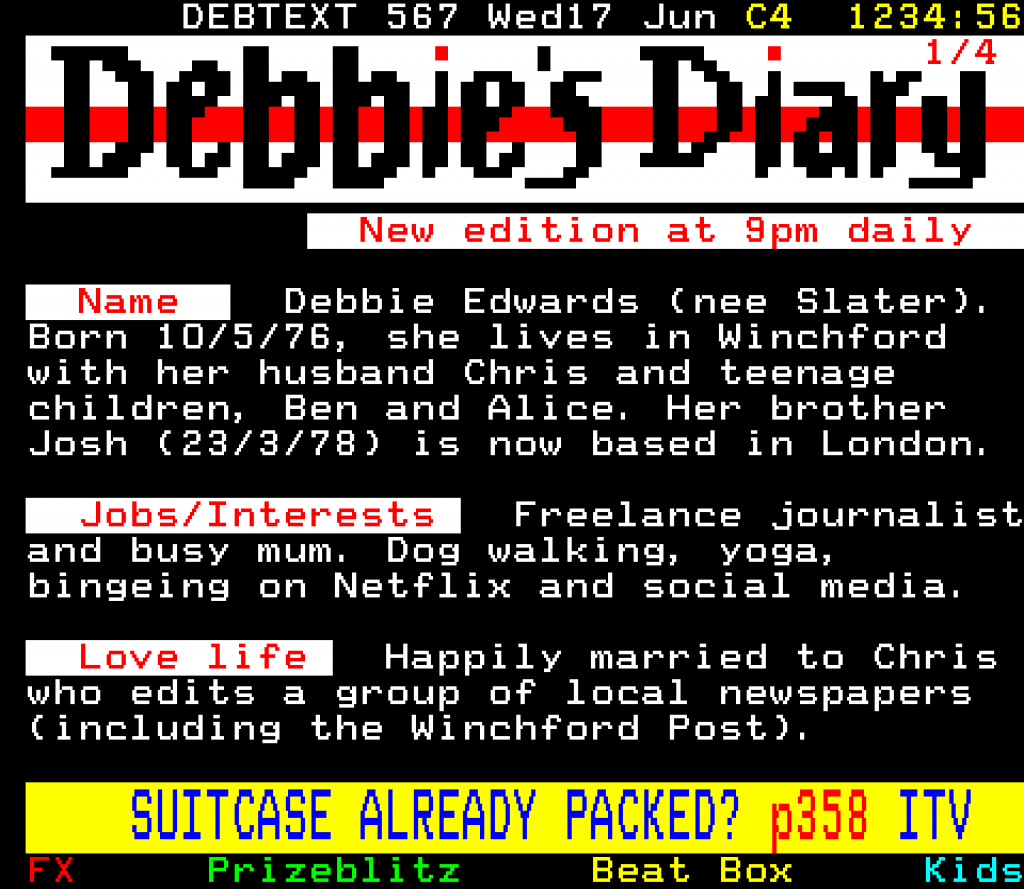 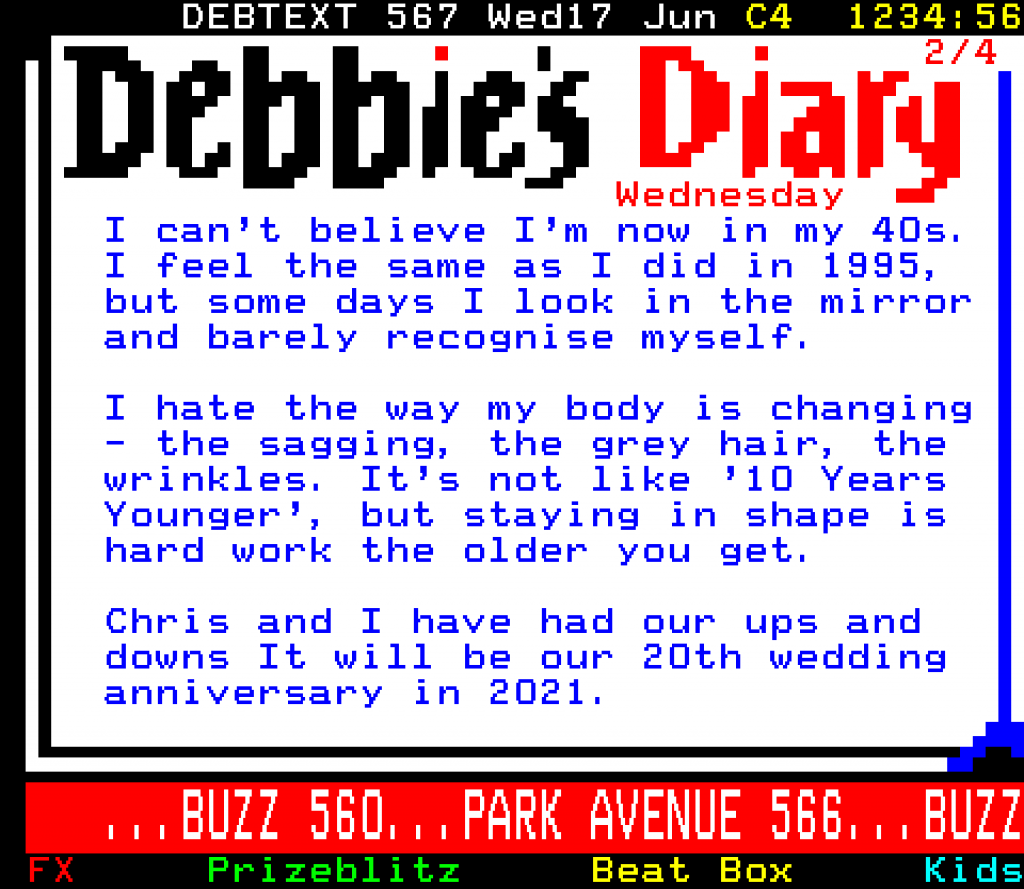 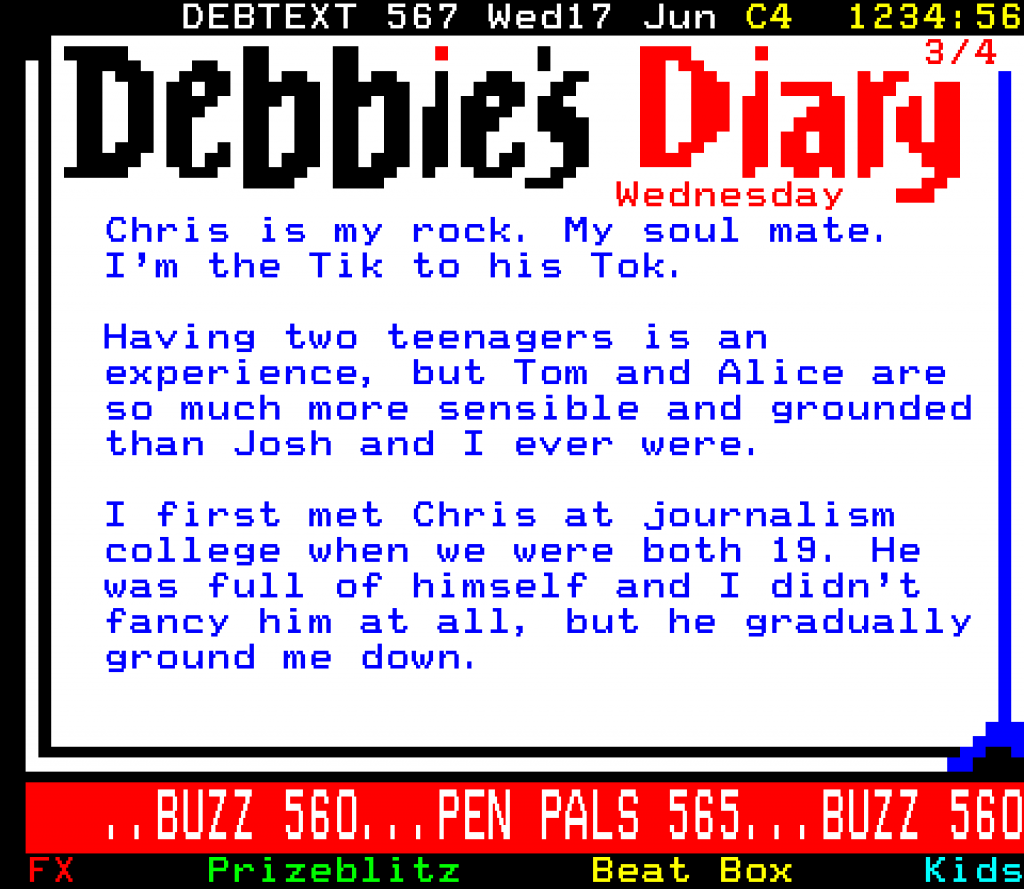 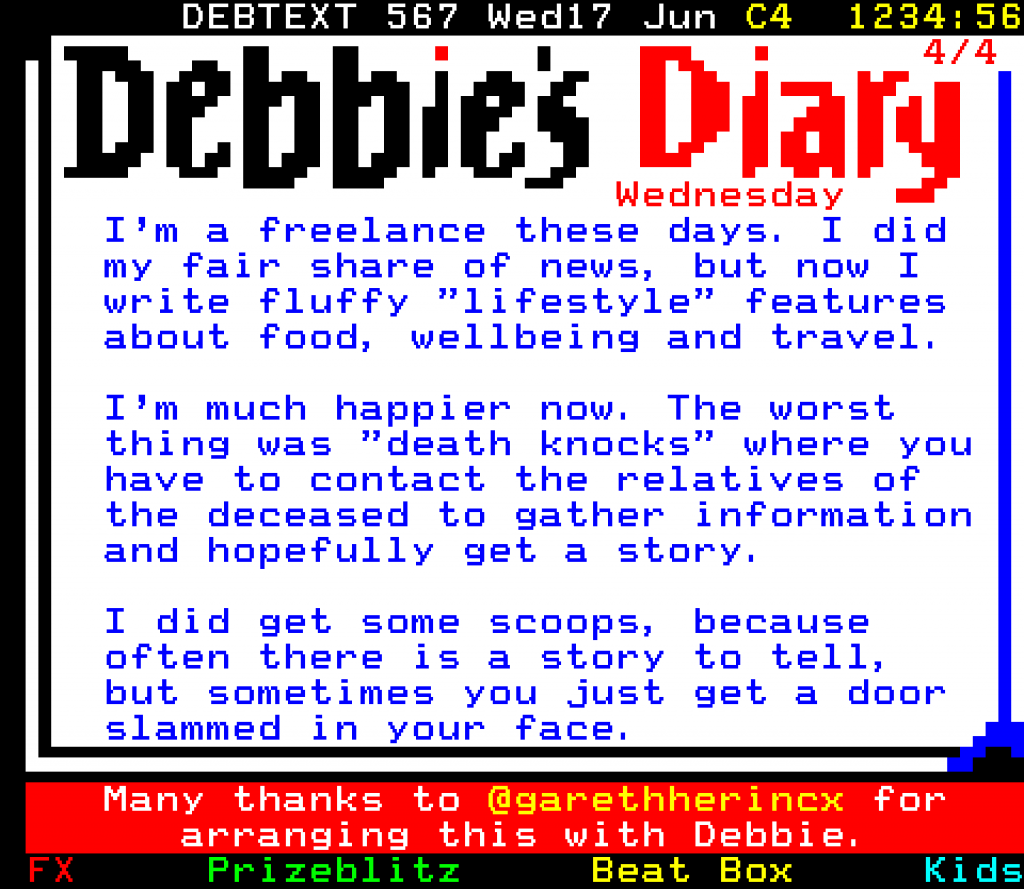 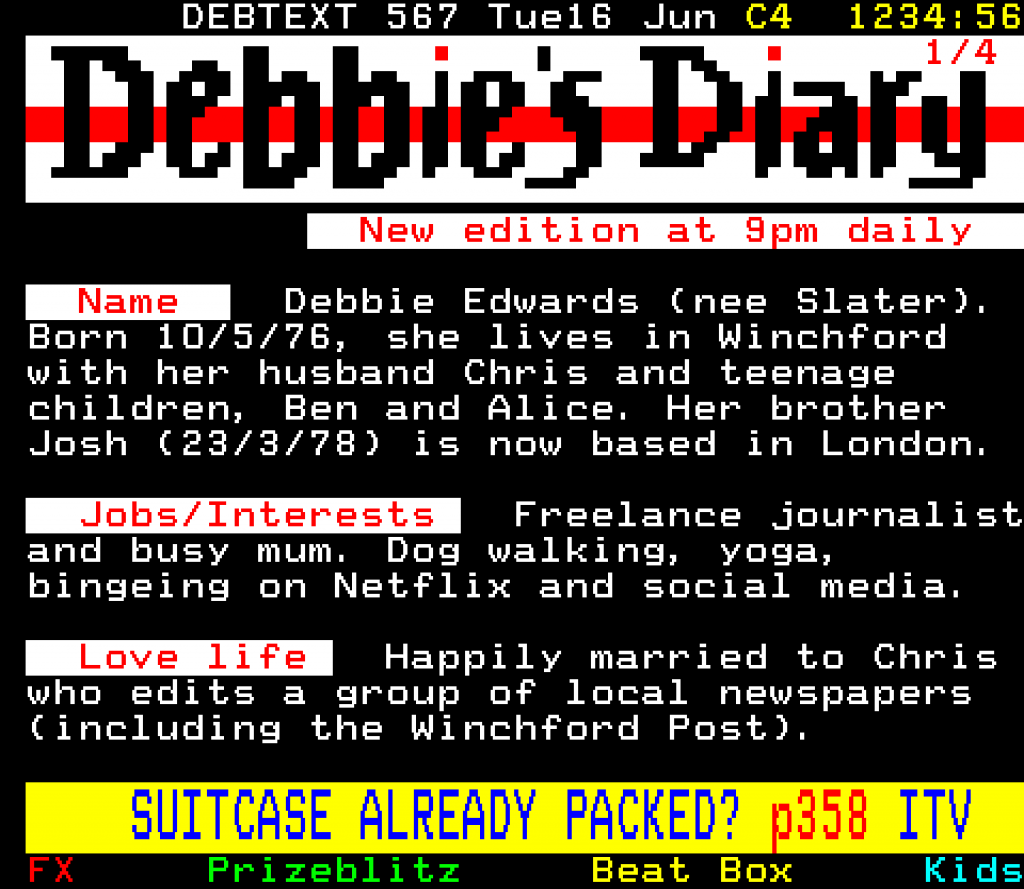 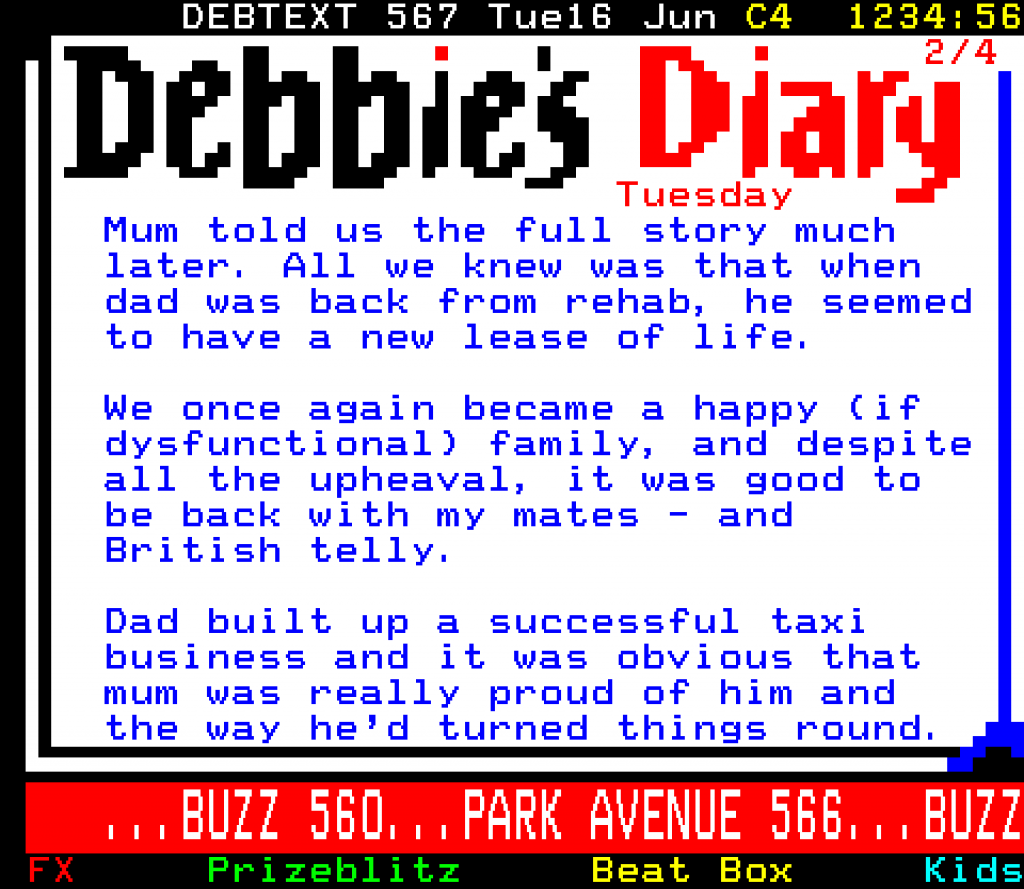 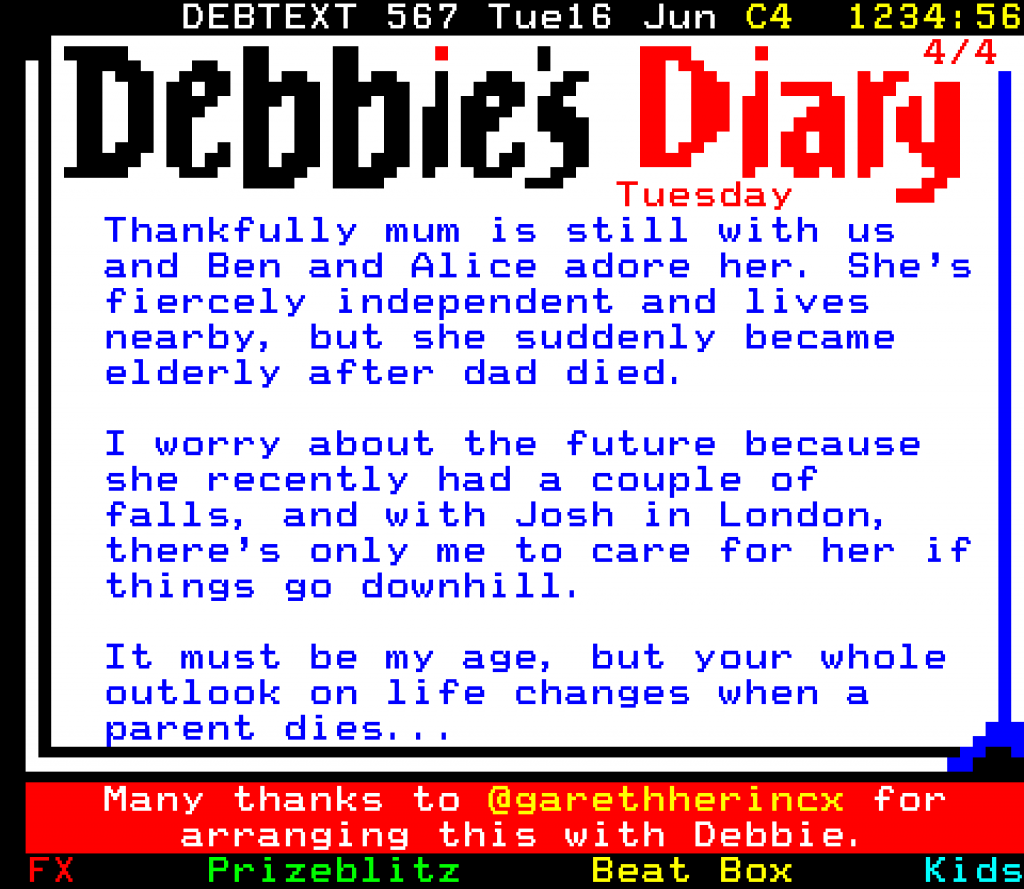 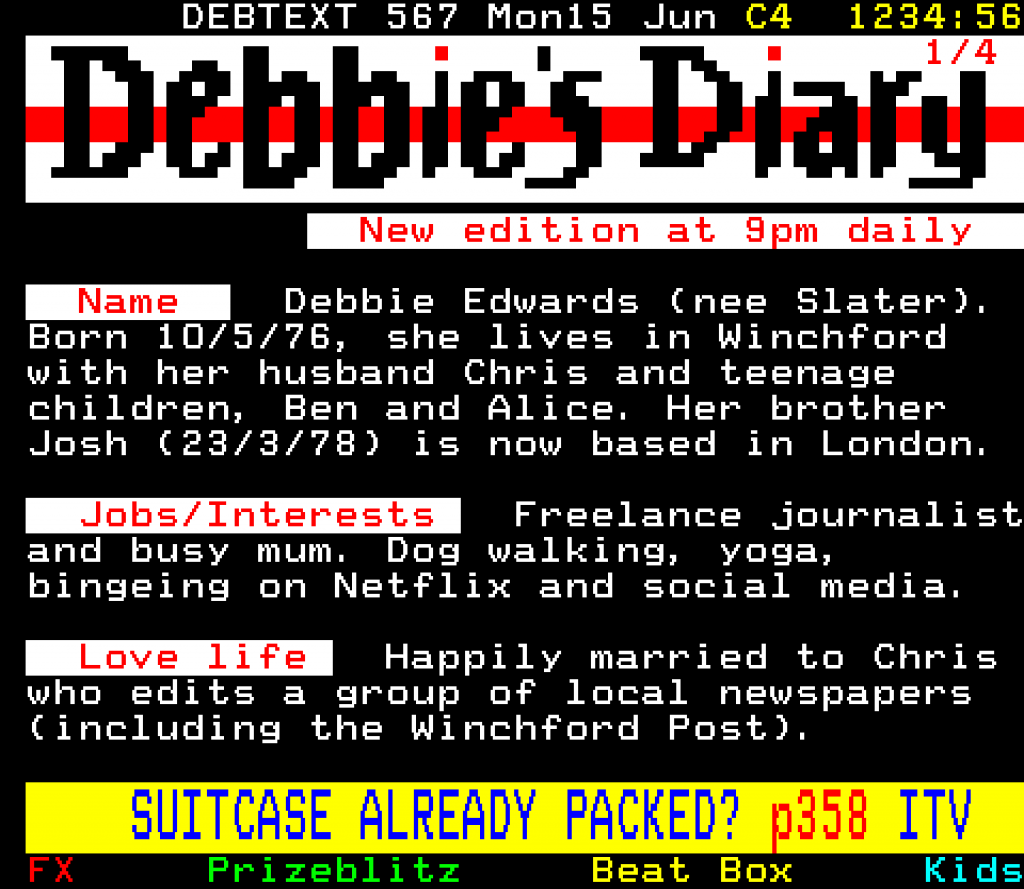 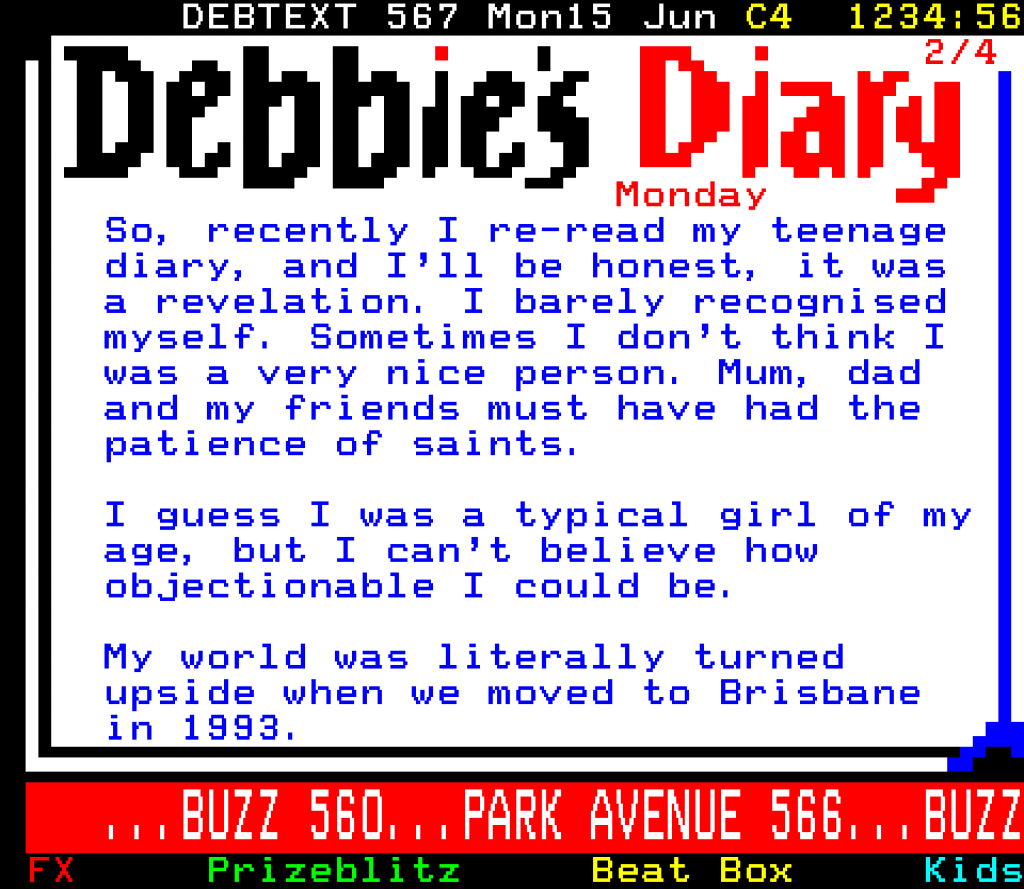 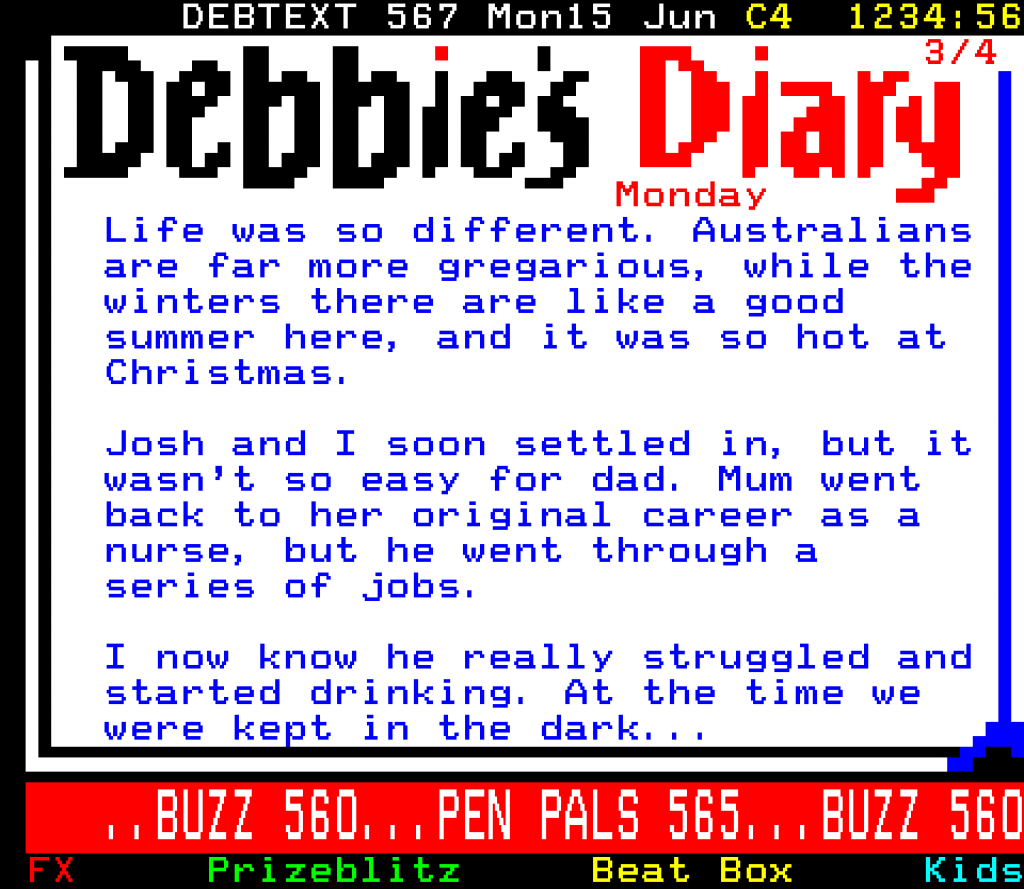 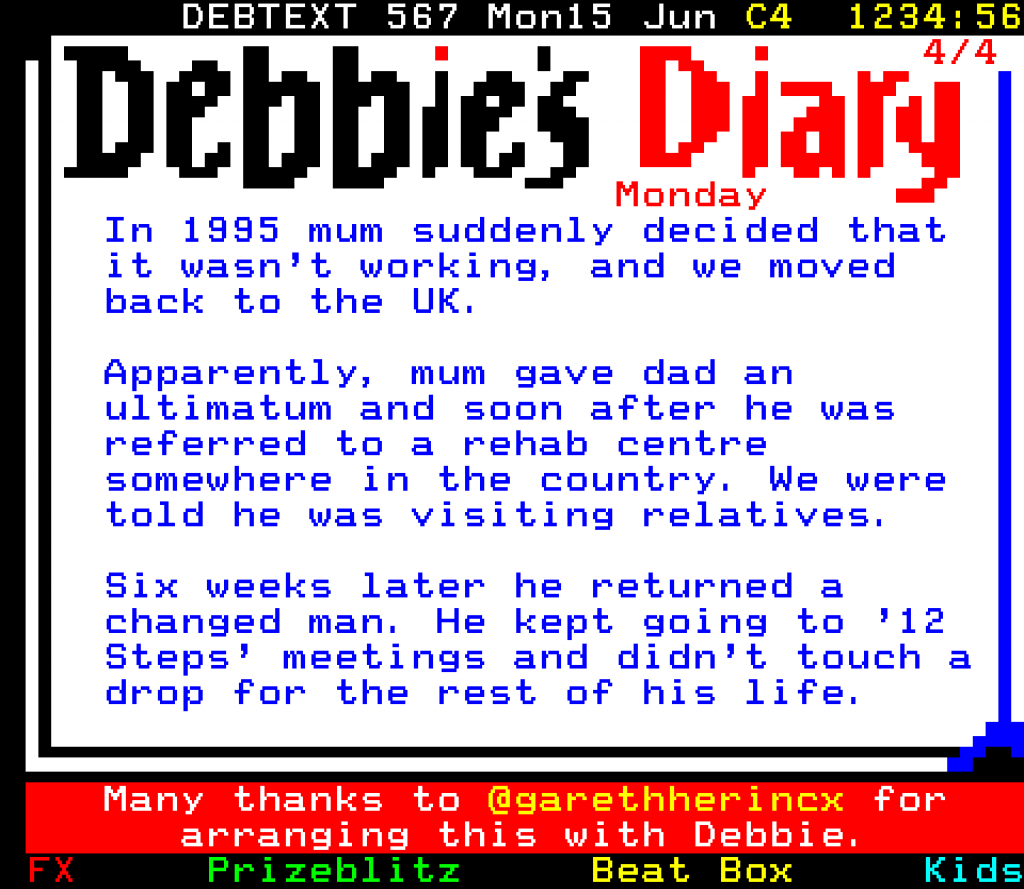 Many thanks to @garethherincx on twitter for persuading Debbie to make a special one-off comeback, Tim Bisley for the teletext wizardry and @russtyruss for arranging it!